If you find Triund to be loud and boisterous this summer, I recommend taking a quiet trek to the Waterfall Cafe. The Waterfall Cafe trek is a 2.5-kilometre/1-hour easy trek with a waterfall and a tea shop at its terminus. You may extend the length and difficulty of this trek by following the waterfall rivulet, upstream. 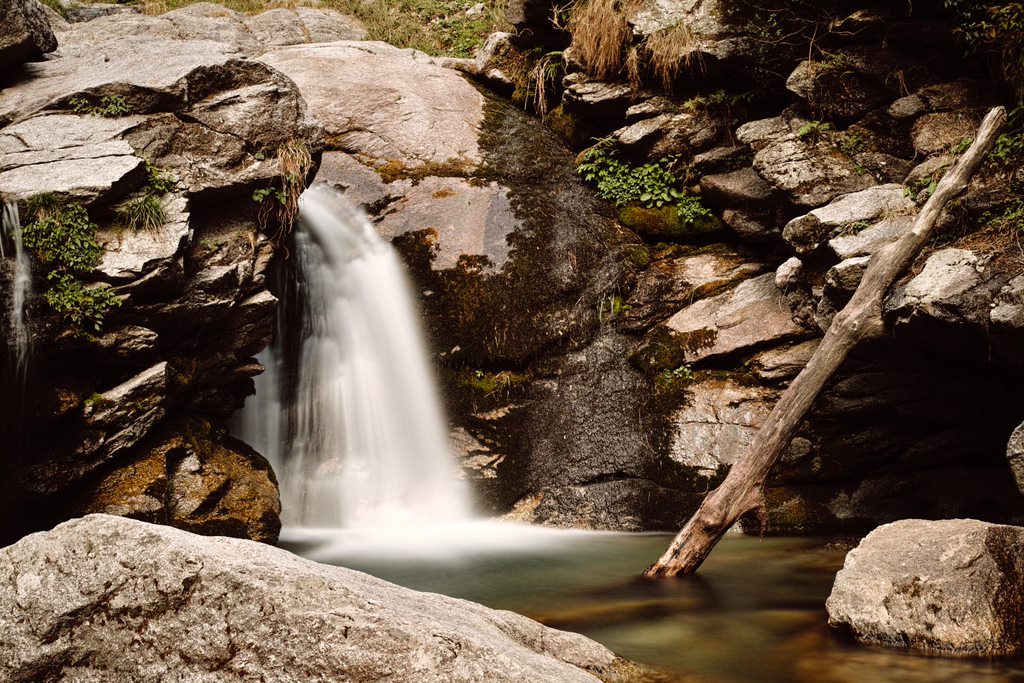 When I was walking in the mountains with the Japanese man and began to hear the water, he said, ‘What is the sound of the waterfall?’ ‘Silence,’ he finally told me — Jack Gilbert, Collected Poems

There are times when you seek the company of your fellow humans and there are times when you want to be left alone. After a boisterous night at Triund, where Punjabi music and catcalls kept me up through the night, I needed a day of quiet introspection. Tinku, the ever-helpful owner of Rest-A-While cafe, adjacent to Gallu Temple suggested, I head down to the Waterfall Cafe for a sojourn. Waterfall Cafe trek brings back old memories for me. In 2001, it was our first trek in the Dhauladhars and during this trek, we were first introduced to “bicchu-booti” (Urtica dioica). Bicchu-booti (Hindi: बिच्छू-बूटी) a.k.a. stinging nettle grows wild in this forest and has caught many an inexperienced trekker in its stinging snare.

Little has changed on the Waterfall Cafe trek since 2001, except for the explosion of guest-houses at Gallu temple. The trail is still the same narrow path that leads through a canopy of trees, crossing two mountain rivulets en-route. In summers, chances are you will come across a few Gaddis and their livestock on this trail. The goats and sheep don’t mind being petted and the Gaddi dogs are usually easy-going as well. 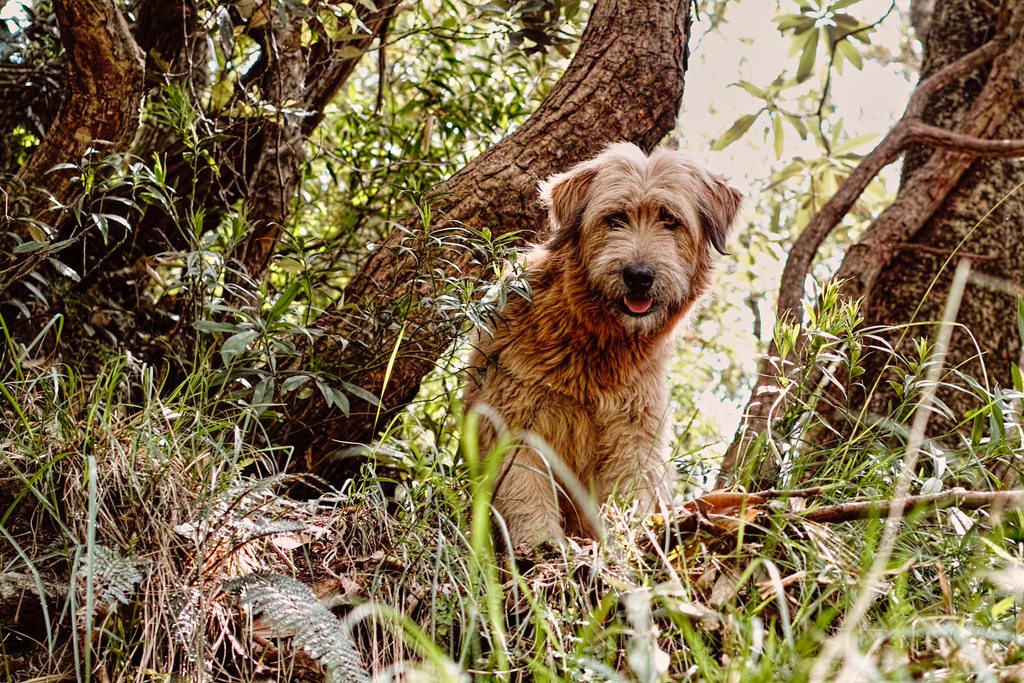 The cafe at the waterfall makes the usual tea shop fare ala chai, coffee, omelette, Maggi and carries a few ready to eat snacks. If you have the urge to walk more, you can choose to follow the rivulet upstream. The rivulet makes numerous waterfalls along its journey and it is easy to find your own little personal nook among the boulders. This is a perfect place to read, contemplate or enjoy a good cup of masala-tea as you watch the clouds float past.

Hardcore trekkers may find this trek not much of a challenge. But if you keep on following the rivulet upstream, you will soon be scrambling on scree and boulders. Yet, not every trek has to be a physical challenge. Any trek, irrespective of difficulty, that lets you commune with nature is ideal. I would pick this easy yet less crowded trail over Triund trek any day in the summer. The Waterfall Cafe trek may be short but as is often the case in trekking and life in general…“quality trumps quantity”.

The trek starts at Gallu Temple, 2 kilometres from Dharamkot. 20 metres from Gallu temple the trail splits into two. The broader trail on your right leads to Triund, while a narrower trail to your left leads to Waterfall Cafe. The trek trail snakes along a water pipeline that supplies water to Dharamkot. Keep this pipeline to your right and you’re sure to find your way to the cafe. After passing through guest house courtyards, we climb a small wooden fork.

After the fork, the trail dives into a forest with the water pipe clearly visible to your right. During summers and autumn, leaves and rotting branches drape this narrow trail. The fallen leaves add a splash of earthy brown and grey to the landscape nevertheless, they can get slippery and treacherous after a shower. A bit of caution goes a long way on this trail. 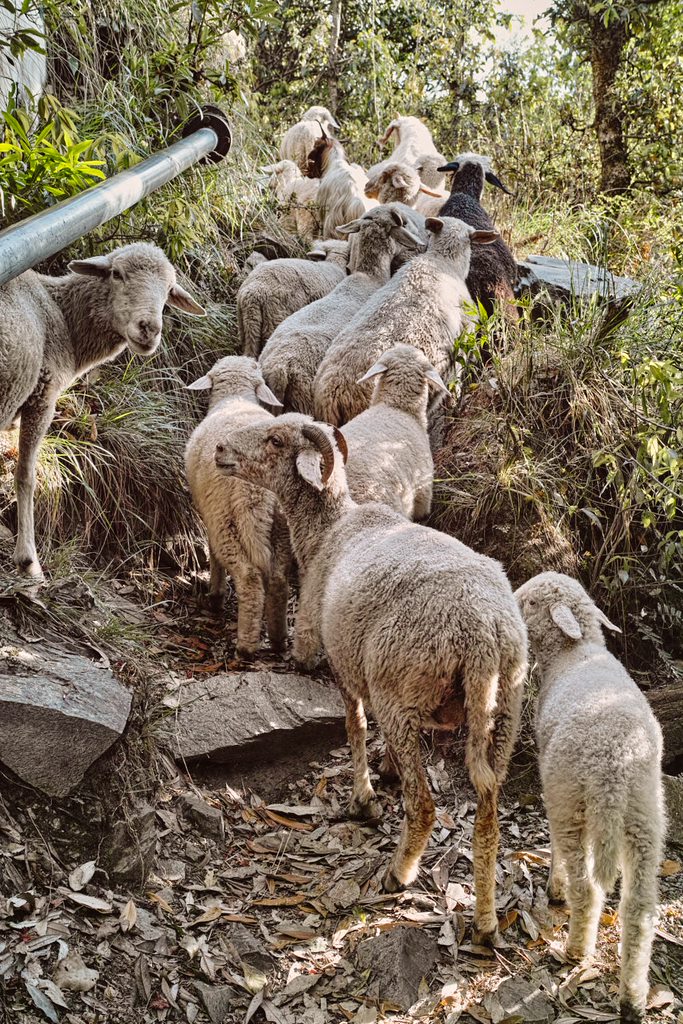 After these rockslides, The trail dives again into a canopy of trees. Along the way, you cross a small section that is cleverly reinforced with logs and a few Tibetan prayer flags are strung along the route.

In the end, the trail dips to meet the cafe. From Gallu temple to the cafe the trail is just under 2.5 kilometres and it usually takes an hour one way. 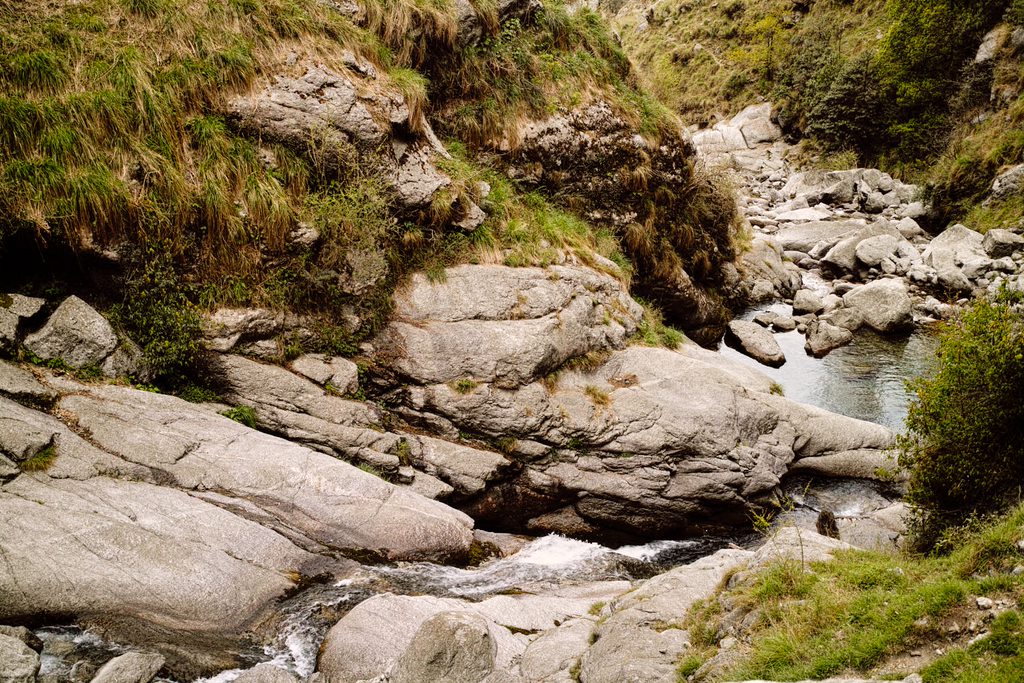 The trail is leaf covered which may lead to a slide or two. Trekking poles or a simple walking stick comes in handy.

I’ve watched a group of youngsters slide at the rockfall while taking selfies. Fortunately, they were unhurt except for some bruises. This may be an easy trail but there are a couple of exposed sections, so watch your step.

Be extremely careful while crossing and traversing water bodies. The moss and slippery rocks have caught many trekkers unaware. I cannot stress this enough. 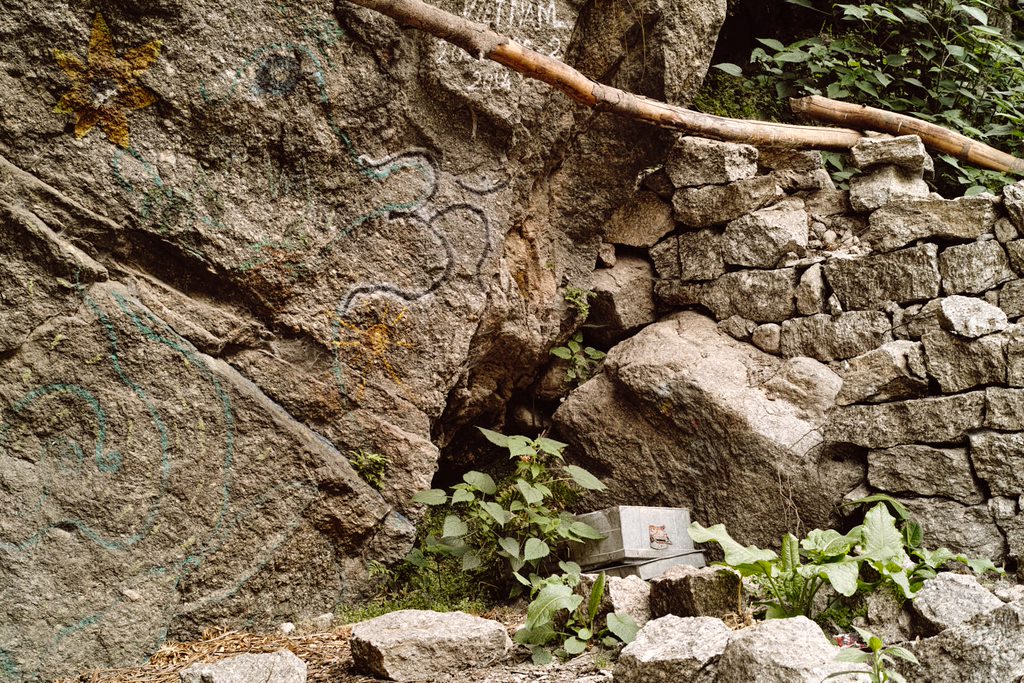