Prashar Lake lies 50 km north of Mandi, Himachal Pradesh, India. Along the lake is a three-storied pagoda-like temple dedicated to sage Prashar. Built-in the thirteenth century, legend has it that the temple was built by a baby from a single tree. 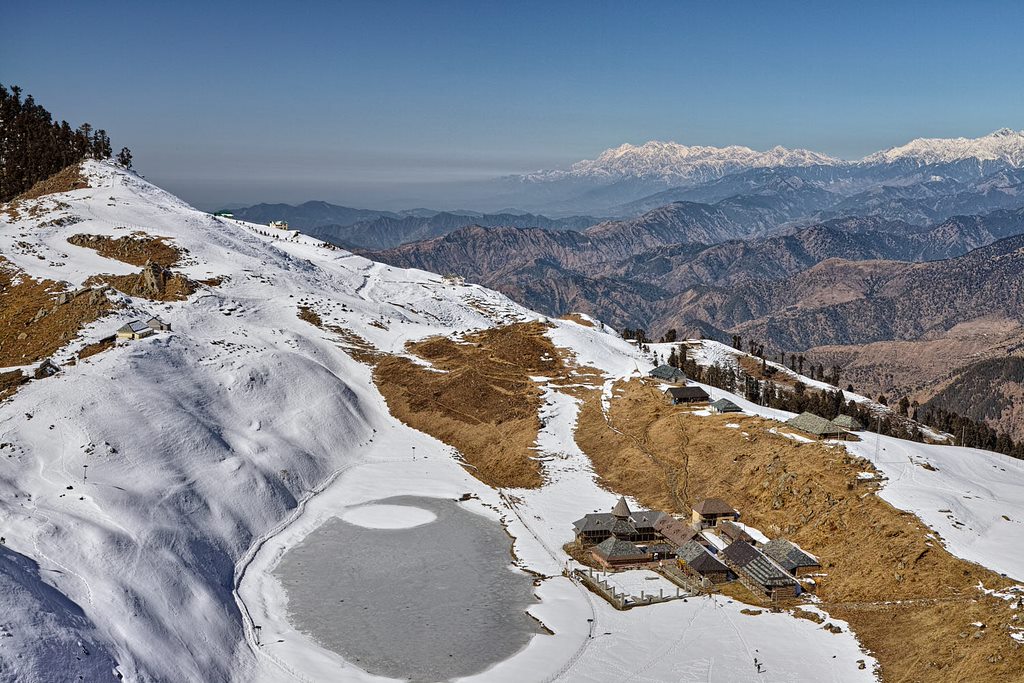 Prashar Temple (Himachal) in the snow.

Sage Prashar is believed to have meditated here and the lake is held sacred. Snow-capped peaks surround the lake and temple and the trek to the lake provides breathtaking views of Dhauladhar, Pir Pinjal and Kinnaur mountain ranges.

A “good weather” road connects Baagi village to Prashar Lake. During winters, this road is closed because of heavy snowfall that this ridge receives. However, the presence of a road, albeit closed, ensures painless navigation to the lake. The route is simple to follow with no steep ascents or descents. These factors combined, make this 16-kilometre trek an excellent beginner winter trek that is child-friendly.

Trekking to Prashar Lake has been a mixed bag this winter. On my first attempt, it started snowing when I started. I did make it to the lake, but pitching an overnight camp just did not feel right. Little did we know that this was the precursor to three days of snowfall that left Prashar Lake with over four feet of snow.

My second attempt fifteen days later, was a resounding success. The weather was sunny, the snow pristine and views of the mountains that encircle the Prashar ridge, were spectacular. The excellent weather held on day two and I made a quick day excursion to Tunga Mata. The trek to Tunga Mata is a must-do side trek if you have ample winter trekking experience. It was a difficult walk through knee-deep snow at times, but the views were worth the effort.

On day three my luck dwindled. A huge group of trekkers seized the lake and they were extremely loud. This butchered the serenity around the lake for us and it was a clue for us to start our descent to Baagi village. With the recent Indian Institute of Technology (IIT) in Kamand, serenity shall be hard to find around Prashar in the years to come. Thus, it is a good idea to enjoy the beauty and serenity of this jewel of a place while you can. As we bid adieu to Prashar Lake and its beautiful wood carved pagoda temple we were treated to a spectacular sunset. I guess sage Prashar didn’t want us leaving without showing off this place’s ample charm.

The starting point in winter for the trek is Thakur Hotel at Suda village, a couple of kilometres uphill from Baagi village. The last Himachal Pradesh State Roadways (HRTC) bus from Mandi to Baagi village makes an overnight stop here. The hotel is open throughout winter and it sells simple Indian food like dal and chappati. The hotel does not offer any rooms but a couple of beds can be rented for a night.  A couple of Indian style toilets are built beside the hotel. From the hotel follow the only road uphill. The road is a desolate stone covered trail without many trees. About four kilometres from the hotel, a signpost suggests that the road is officially viable for a 29 seater bus. 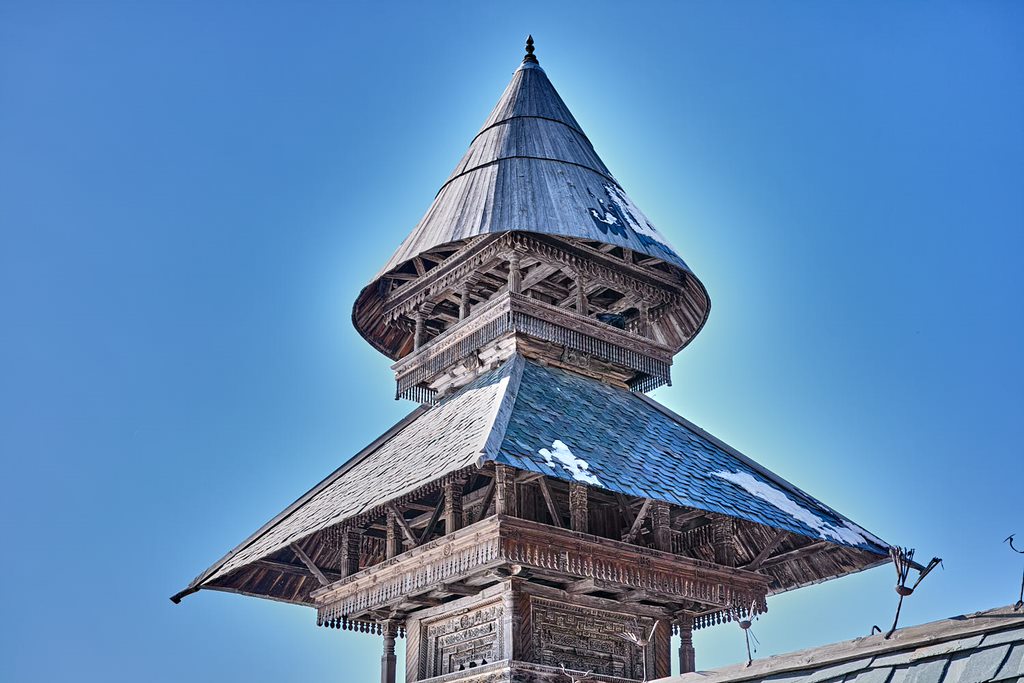 After the signpost, the road winds through a series of switchbacks through a wooded hill. This is the toughest section of the trek. This neck of the woods does not receive much sunlight, thus the ice is slippery and the trees block any view. The wooded section is home to monkeys and villagers have reported bear sightings (although it sounds highly unlikely). You break through the woods along a ridge that leads due east to Prashar lake. The ridge has a clear view of snow-capped Dhauladhar, Pir Pinjal and Kinnaur mountain ranges. Follow the ridge for the next two kilometres to reach the Trekkers Hut and then on to Prashar Lake.